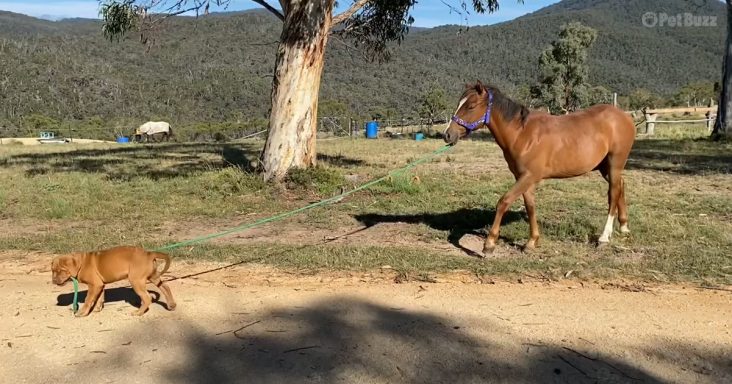 It was a clear day outside when a tiny and adorable puppy took his horse friend on a walk. The horse was much bigger and stronger than he was, but the puppy led the way.

In his mouth, the puppy had a long green leash connected to the horse’s headgear. He was a spirited and determined dog. Even when the horse stopped, he kept pulling on him.

The puppy was so insistent the horse had no other choice but to follow. Rolling hills stretched out into the distance behind them, and the wind kept them cool on their stroll.

Both the puppy and horse had gorgeous coats that caught the sunlight as they walked underneath the open skies. An older dog came to check on what was going on.

The sight was a curious one indeed. The older dog watched as the playful puppy continued pulling on the horse, who didn’t have to take as many steps as the puppy.

As they strutted forward, the puppy couldn’t have been happier. His tail wagged wildly, with the horse watching from behind. He is quite intelligent for a dog so young.

The horse stopped and stepped on the leash. Even with all his strength, the puppy could not pull out the leash from under his hoof. At that point, the horse had enough of being walked by the puppy. 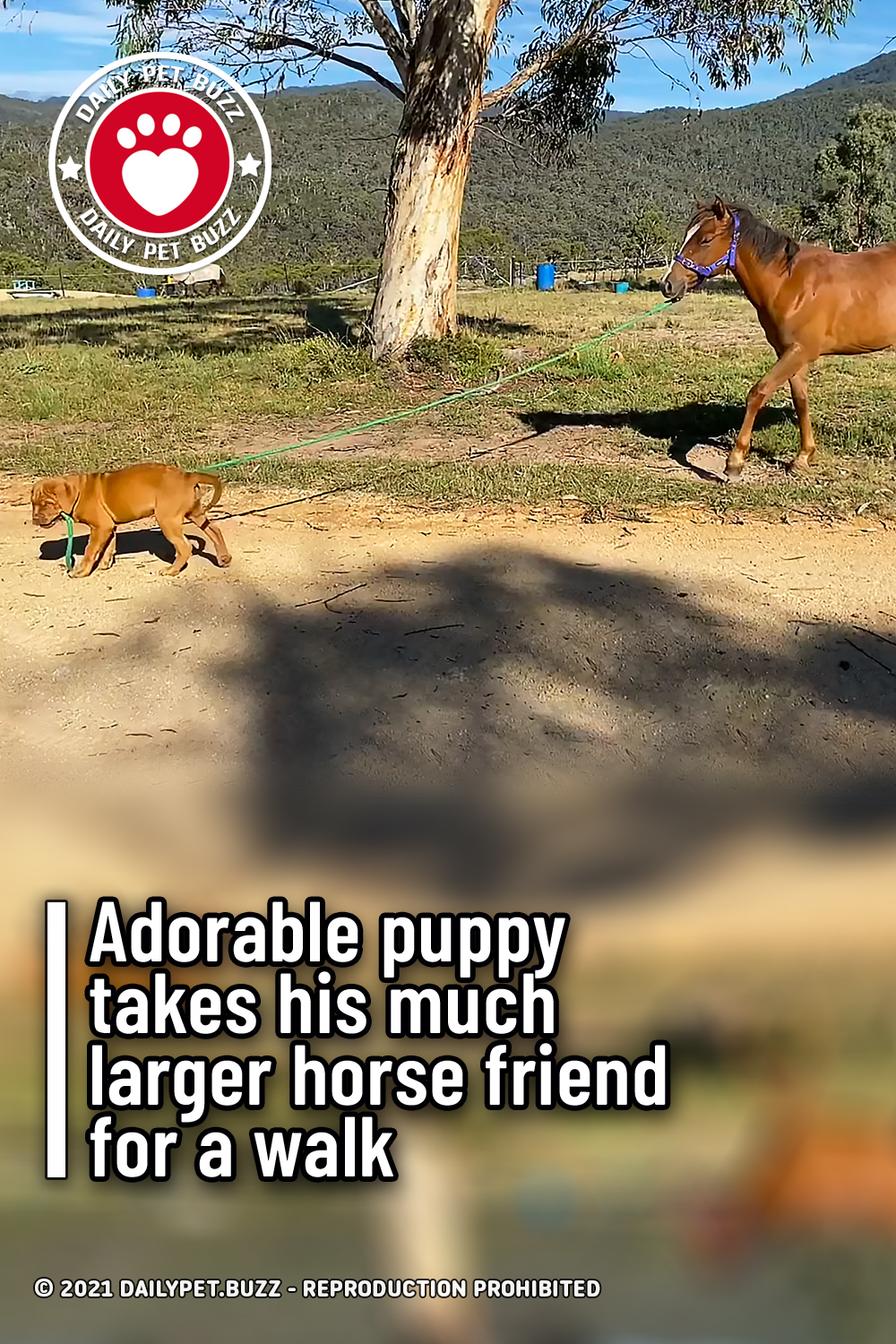