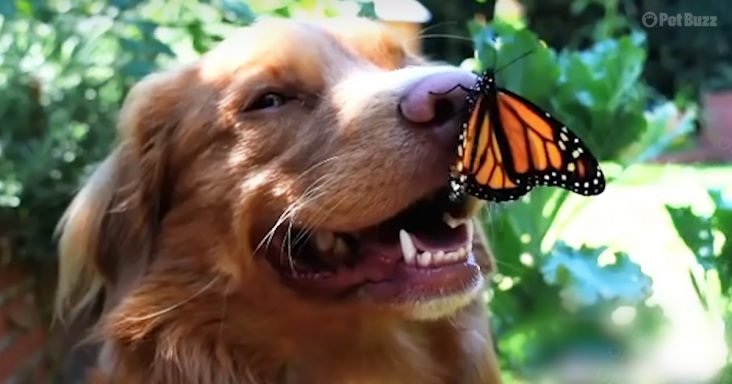 Milo, the dog, loves to hang out in the garden with his butterfly friends. It all started when he went out with Jen whenever she checked on the vegetables in the morning.

They had caterpillars that were kept safe in a box so predators couldn’t get them. Milo was very curious and gentle as he stuck his nose into everything.

The caterpillars soon started to wrap themselves in their cocoons and emerged as butterflies. Beautiful wings filled the garden, Milo was mesmerized by them, and he couldn’t get enough of them.

Milo would go around watching them, and he would lay down beside the flowers that had butterflies. Sometimes a butterfly would land on his nose, and he stayed very still.

After the butterfly would fly away, Milo had a delighted and content look on his face. Jen also had lots of flowers Milo loved sticking his face and nose deep into.

Since he loved the flower arrangements, that gave her an idea. She fashioned a flower crown for him and put it on his head. The butterflies then gathered on the colorful headwear.

Milo was overjoyed by the company of several butterflies on his head. He would lay down and stay as still as he could while his friends rested on the pretty flowers. 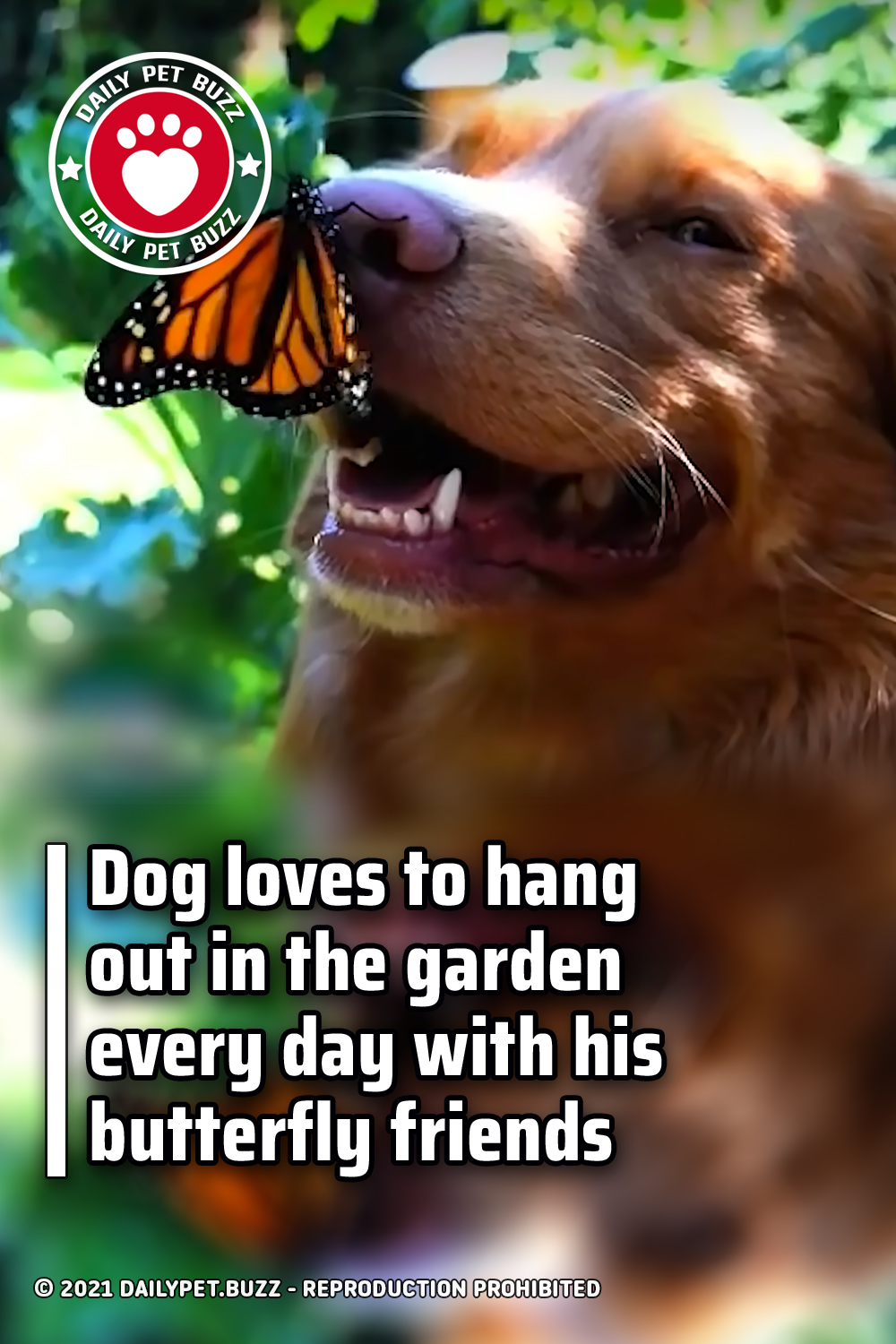