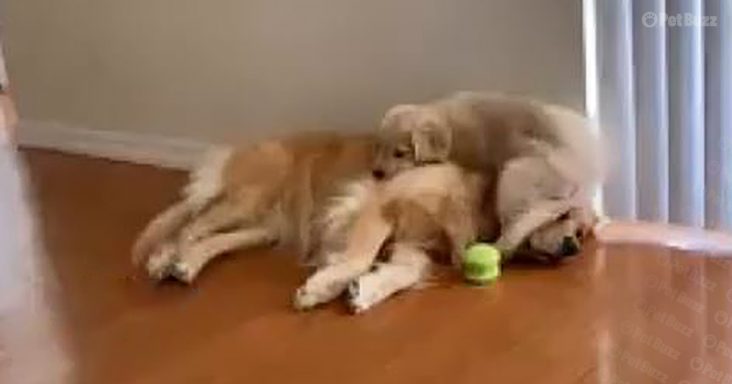 Xena, the Golden Retriever, was very patient with her younger brother Finn who loved to sit on her. At home, Xena used to be left alone, and her owners felt guilty about that.

She was 3 years old, and they decided to get her a companion. Finn was a little Golden Retriever puppy when they met for the first time. They warmed up to each other quickly.

Finally, Xena had a friend she could play with all the time. Around the garden, they enjoyed chasing each other. Finn looked up to his sister and loved to cuddle up against her.

Only a few days after Finn was adopted, he first took a nap on top of Xena’s head. Ever since then, it has become his preferred spot for rest.

As he grew bigger and bigger, he didn’t stop taking naps on top of her. They have a classic sibling rivalry, and Xena is very patient with her little brother.

Finn grew to be the same size as Xena, and he still tried his best to lay on her head. The best he can do is sit on her, and he is still happy with that.

Xena would scold him, but it wouldn’t do much. They love each other, and even though Finn annoys his older sister all the time, they are an inseparable pair. 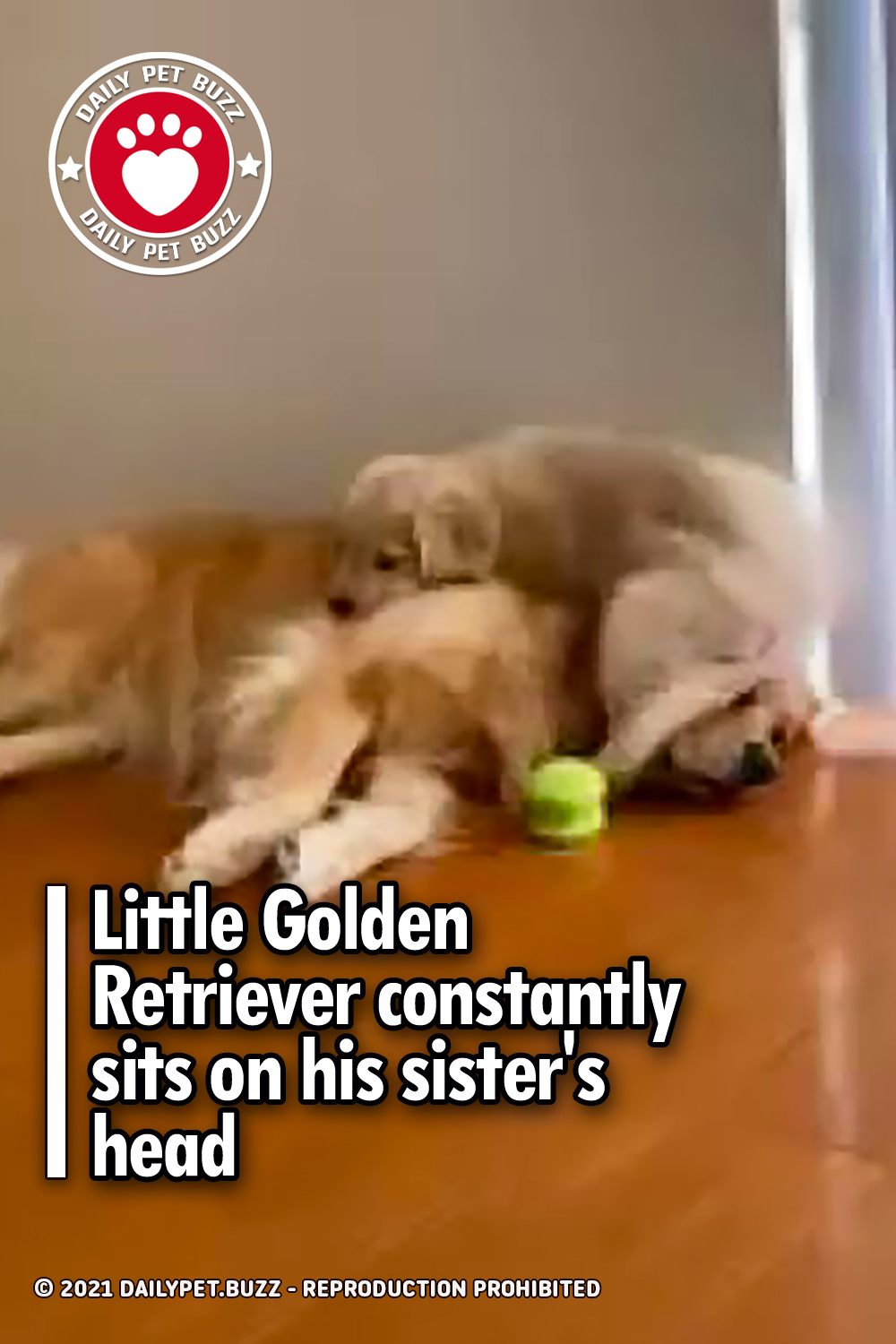