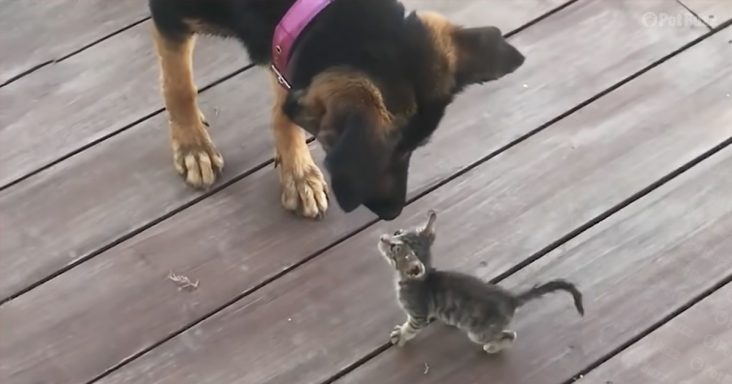 One day when Lucie took her dog Toast for a walk, they encountered a stray kitten. Lucie told Toast to be gentle with the cat, and she wondered if the mom was nearby.

The mom didn’t appear, and when they went back home, the kitten followed them. It became clear that the cat was trying to stay close to Toast specifically.

Lucie isn’t sure how it happened, but the small feline chose Toast to be her new mom. Toast was happy with this, and she quickly became very maternal.

When Toast would get her breakfast in the morning, she would let the kitten eat from it. Sometimes they shared the meal and ate together at the same time.

They were never apart. Toast would help her new child get up furniture, push her up tall steps, and guide her down the stairs. The cat would even sleep in between Toast’s legs.

Lucie noticed that the cat was breastfeeding from Toast, so she called the vet. The vet said this was normal, and it was called a stress pregnancy. Toast’s instinct was to do anything and everything to care for the cat.

As a mother, Toast was very protective and anxious for the kitten. If the cat was near the pool, Toast would pick her up by the neck and bring her to where it was safe. She was much calmer when they were cuddling together. 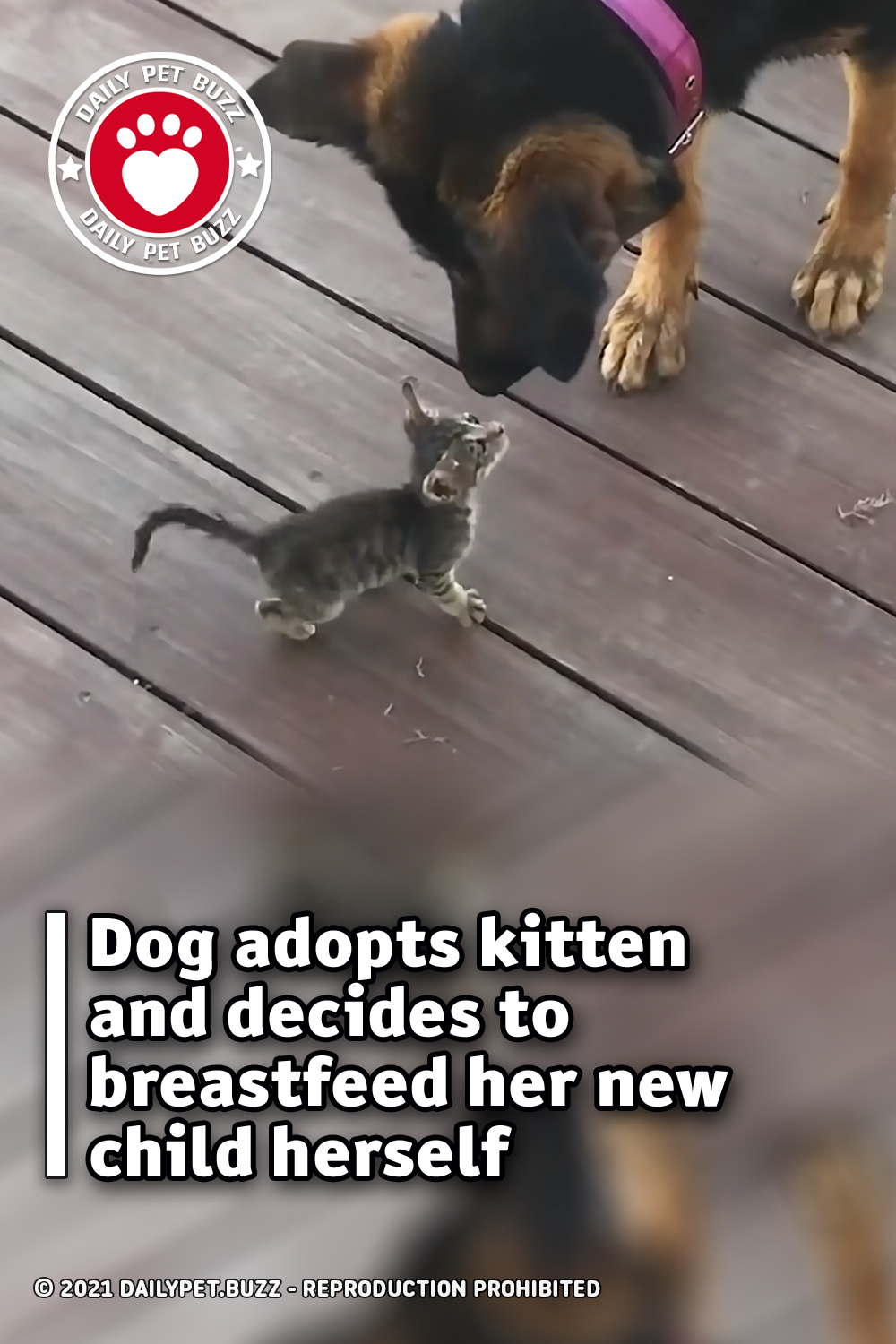