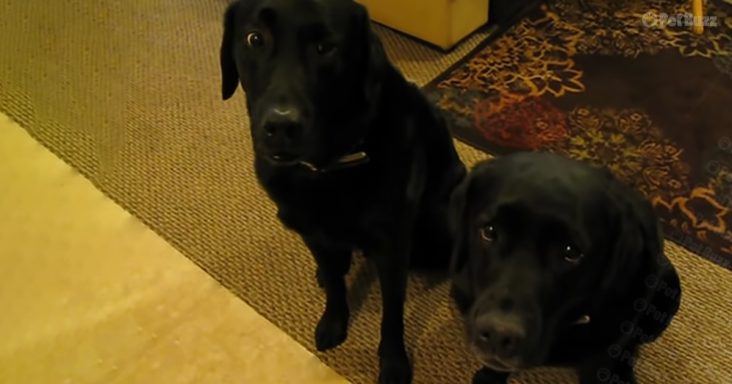 When a cookie went missing off the counter, two Black Labradors named Harley and Wiloa were brought in for questioning. Wiloa, Loa for short, is Harley’s younger sister, who is very sweet and easy-going.

On the other hand, Harley is a clown who is handsome, intelligent, and mischievous. The two of them were asked to sit beside each other because they were in trouble.

Their owner wanted to get to the bottom of the cookie crime. Both labs were looking up at her with their most precious puppy dog eyes. It was a tough interrogation.

The woman told them they were both in trouble, but one of them needed to rat the other one out. She knows they love each other and probably don’t want to turn the other one in.

If she finds the culprit, then the one who confessed will not be punished. It was undoubtedly a difficult and heartbreaking decision. So she would ask the question and give them time to think it over.

As soon as she asked who took the cookie, Harley tapped Loa’s head with his paw. The woman considered that Harley didn’t understand the question, so she asked again.

After asking a second and third time, Harley kept pointing the blame at Loa. His younger sister had an apologetic look on her face. Harley then bowed proudly, knowing he did well. 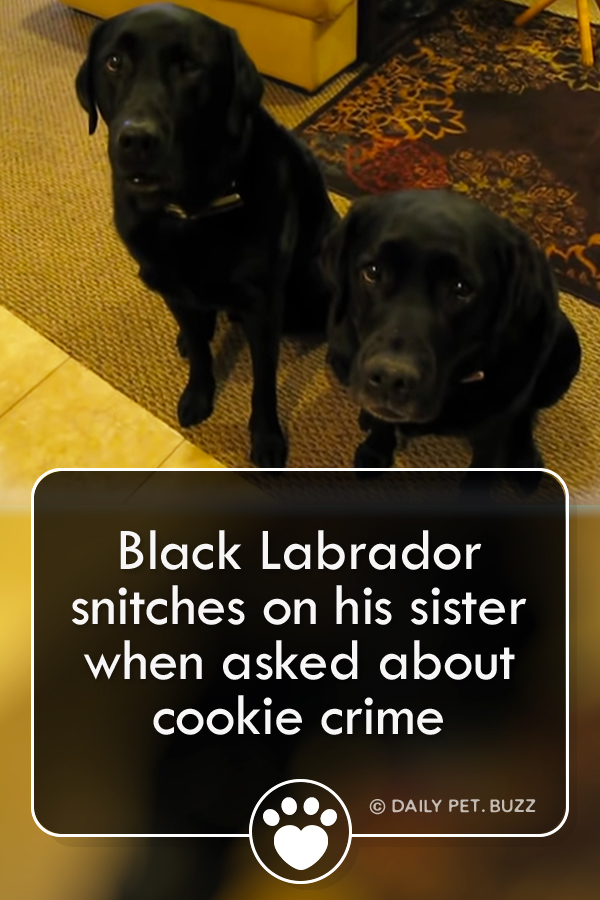