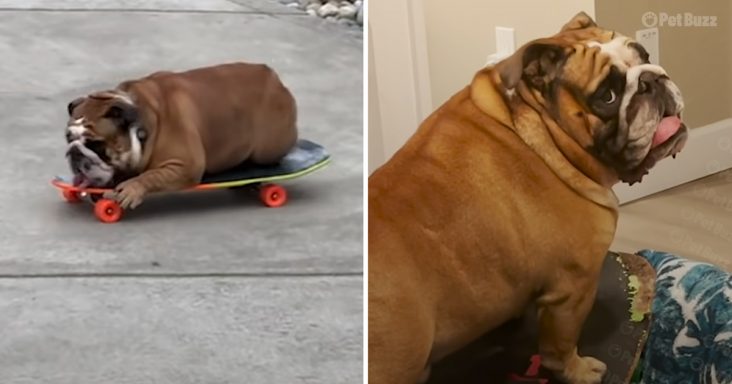 Chowder is a bulldog who loves skateboarding more than anything else in the world. His human friend Jami first found out about his fascination with boards when they were at a beach.

A kid had a skimboard, and Chowder jumped on it and rode it across the water. That’s when Jami wondered if he would enjoy a skateboard as well.

So Jami got him an old skateboard to see how he would react to it. He began to ride it across their driveway. Chowder was focused and really wanted to learn on his own.

The skateboard was too narrow for him, and since he loved it, Jami decided to have a custom one built just for him. When it arrived, he was jumping up and down and running in circles.

As soon as it was placed down, he started zooming around with it. A year later, he has become very comfortable and skilled with riding it. The skateboard itself showed a lot of wear and tear.

Chowder would even try to take his skateboard to bed. Whenever Jami would mention skateboarding, he would get extremely excited, and nothing else had the same effect on him.

At their front door, Chowder would be waiting there all day just to be let out. He has become inseparable from his skateboard, and pro skaters better watch out. 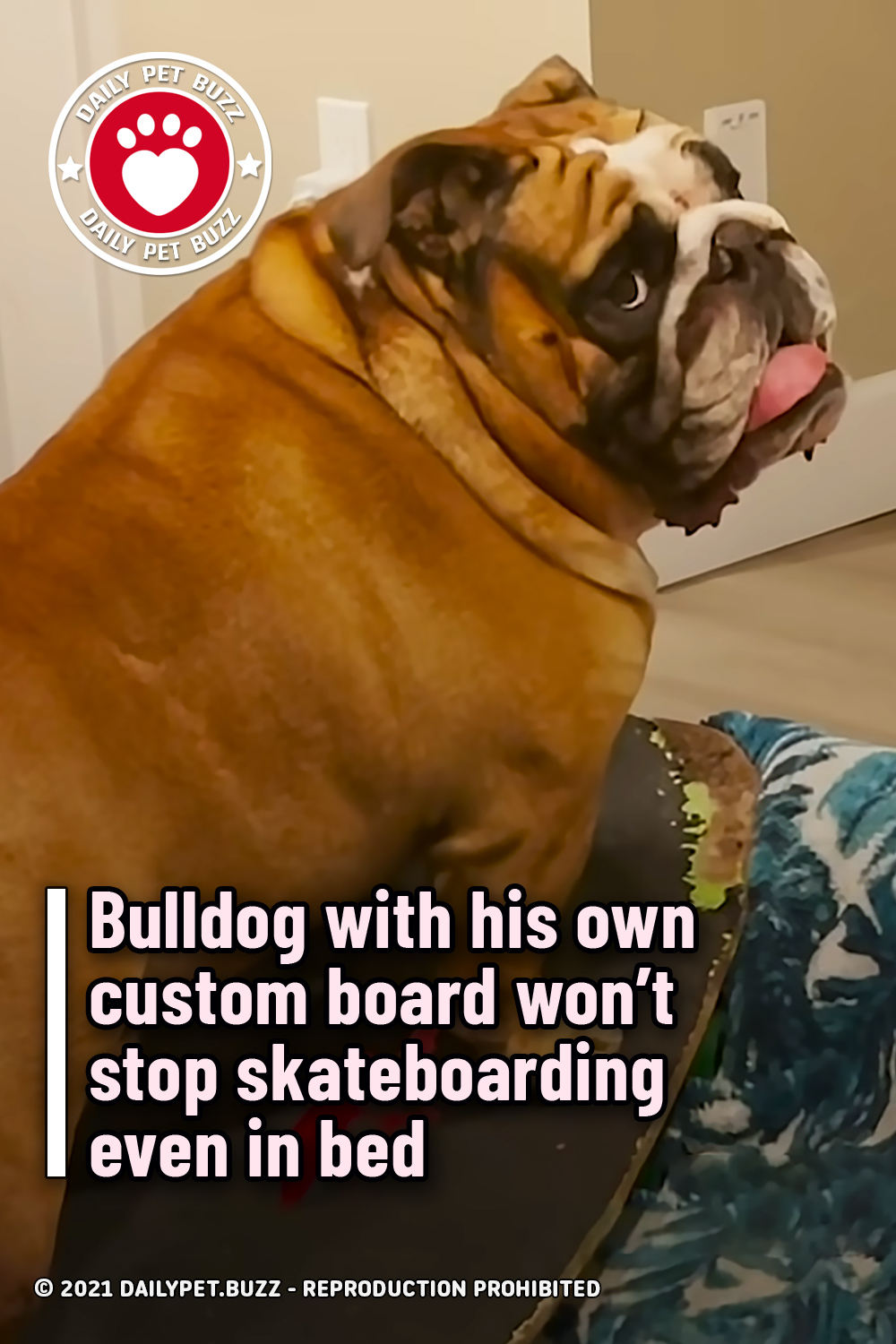