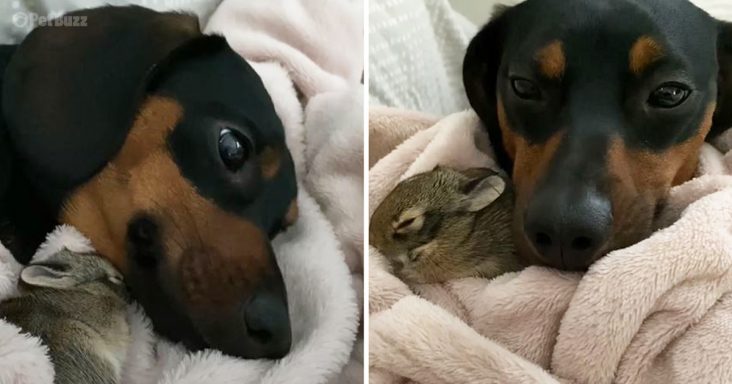 One day Gina noticed that her Dachshund, Gram, was hanging around a hole and would not leave it alone. She saw something was crawling inside, and that’s when she realized it was a rabbit den.

Two baby rabbits were in the den, and after two days, there was still no sign of the mother. Sadly one passed away. With the help of Gram, Gina watched over the other baby rabbit.

She called the rabbit Dash, and Gram immediately fell in love with him. Gram had a Chinese takeout toy box that Gina turned into a cute and comfy bed for Dash to cuddle in.

Gram did not leave Dash’s side. His maternal instincts kicked in, and he treated Dash like a baby. Dash ate really well, and on the seventh day, he opened his eyes.

Dash loved to tuck himself under Gram, and he looked to him for security and protection. Two weeks later, Gina got a call from Texas Wildlife Rescue saying they could take in Dash.

It seemed Gram had a sense of what was going on. Gram did not rest well the night before Dash was going to be taken to a new home.

Gina spoke to Gram and told him how proud she was for how he took care of Dash. Before Dash left, he had a touching and heartfelt farewell with Gram. 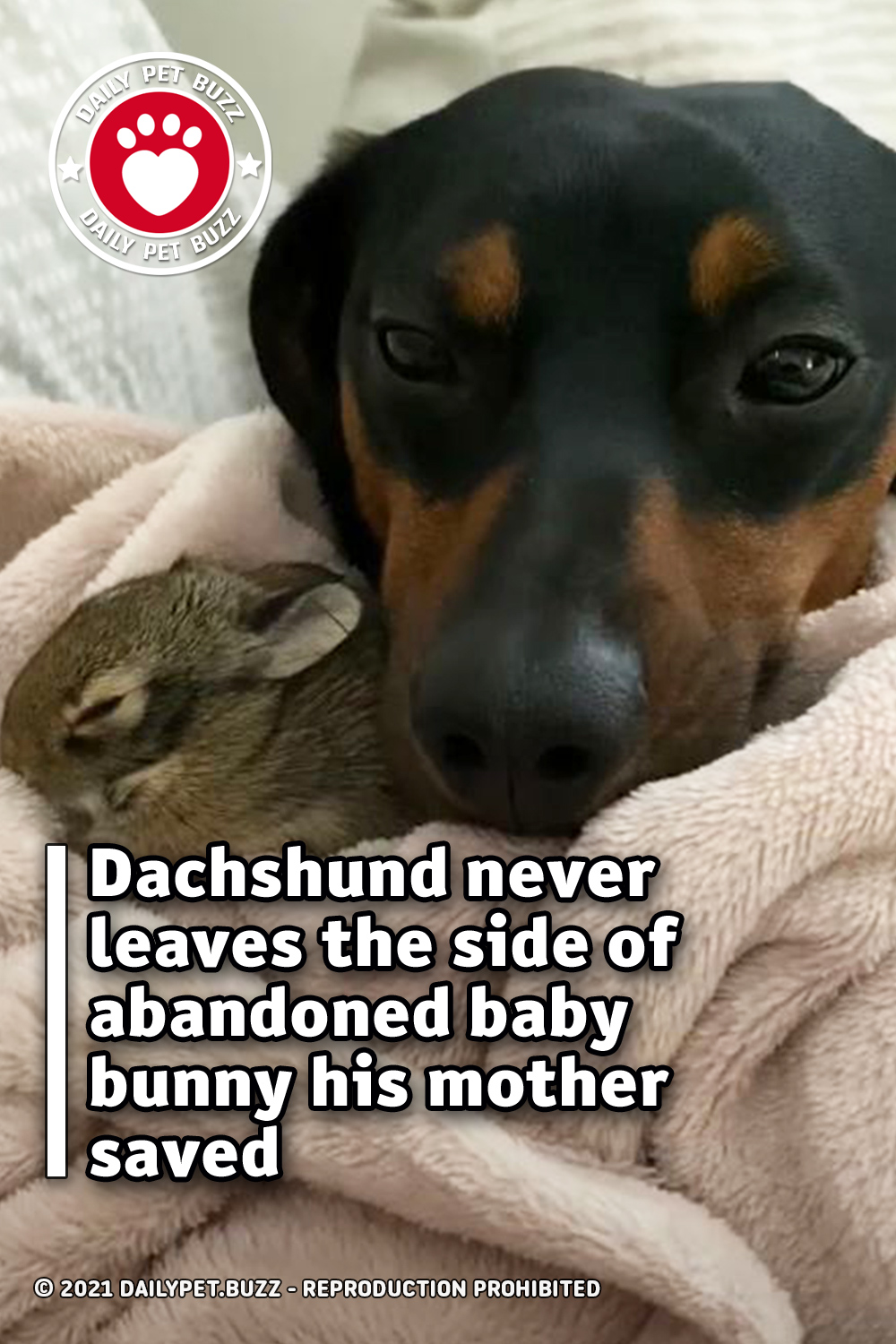