When Milo, the dog, was walking one day, he found an injured bird and brought him home. The bird was a beautiful pink galah, a type of cockatoo. Charlotte, Milo’s owner, decided to name the bird Cracker.

Cracker had a broken wing, and Milo was very shaken by Cracker’s condition. Milo did not leave the side of the cage where Cracker spent his time recovering.

After Cracker’s wing got better, Charlotte let him perch on top of his cage so he could be free. Instead of flying away, Cracker climbed down his pen and started hanging out with Milo.

They bonded and formed an unbreakable friendship. Milo would cuddle Cracker and Charlotte was worried because it seemed like Cracker was being squashed. But Cracker didn’t seem to mind at all.

When they weren’t together, they would always call for each other. Milo would bark, and Cracker would caw. One morning Cracker had flown away. It was sad, but the family wanted him to be free.

Milo was inconsolable. He would spend most of the day staring at the empty cage. Two weeks later, Charlotte saw a post online about a galah that was found two suburbs over.

Charlotte didn’t believe it could be Cracker, but after she brought him back home, there was no doubt that he was Milo’s best friend. Milo had the biggest smile on his face when they were reunited. 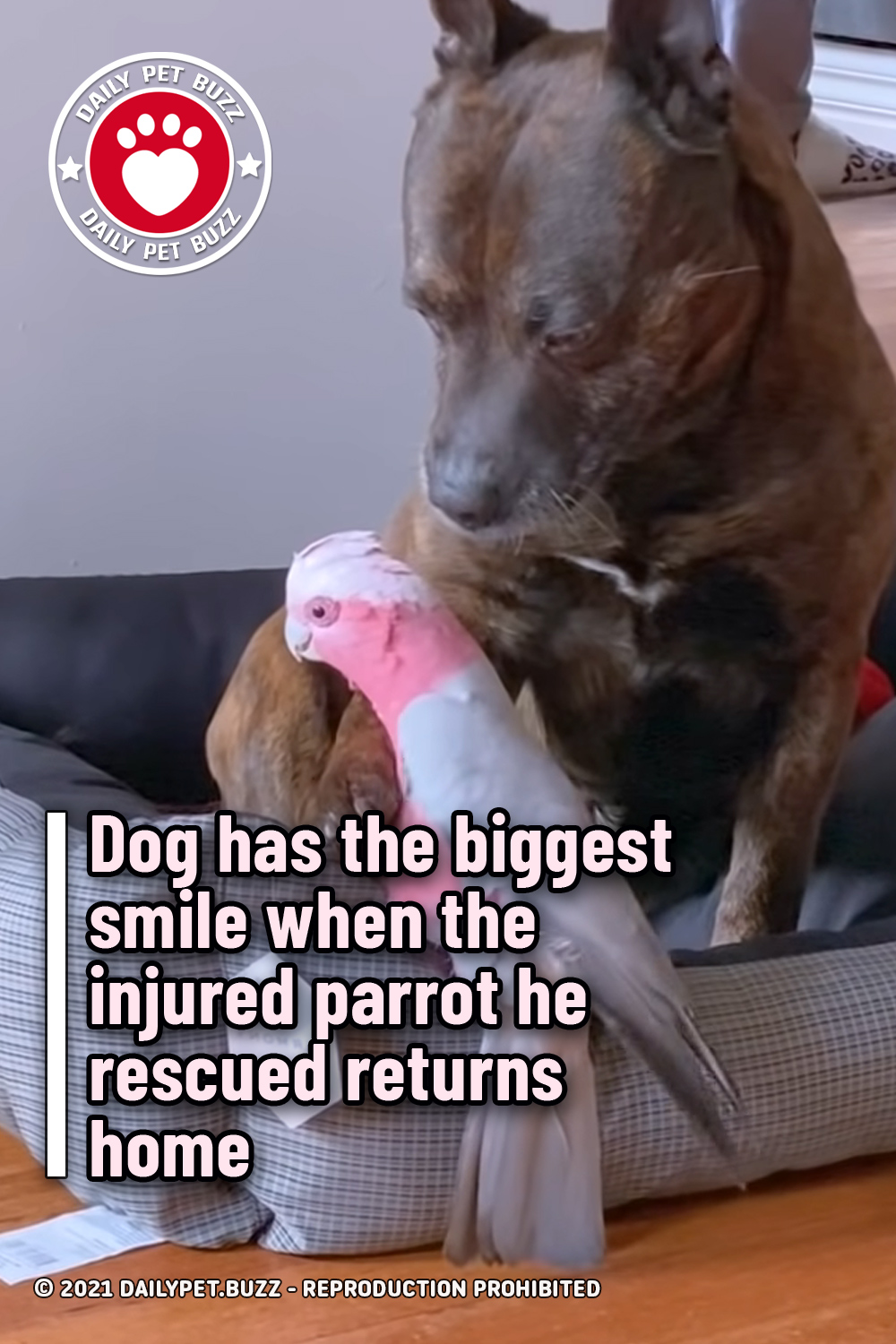