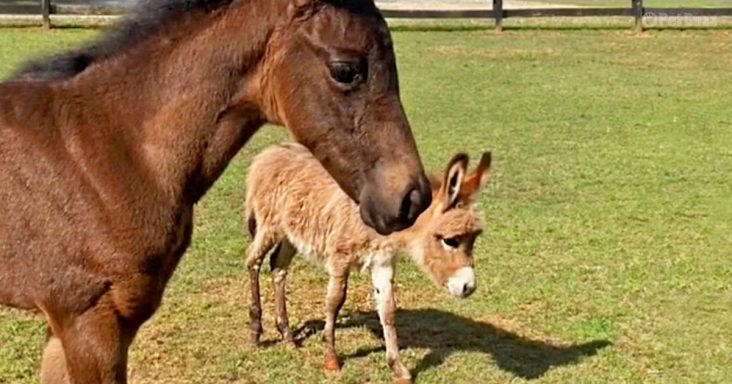 Teeter was a baby donkey who was abandoned by her mother, and she needed a friend. Joann, Teeter’s caretaker, was worried because Teeter wasn’t bonding with anyone. Teeter would try to kick all the animals that wanted to befriend her.

Pigs, horses, and a German Shepherd all tried to get close to Teeter. Two weeks after they got Teeter, another young horse came in. Her name was Nellie, and she was also an orphan.

Nellie was very curious and wanted to be friends with Teeter right away. Teeter wasn’t sure what to do when Nellie was bouncing around and jumping with excitement.

Instead of kicking and running away like she usually does, Teeter grew close to Nellie. They were both excited to have a new friend, and together they played and bonded.

Joann says they’re both fun and sassy. She doesn’t know who is sassier between the two of them. Neither of them has a sense of personal space. Teeter is just like a toddler.

There’s a giant yellow ball they love to play with, and they even enjoy drinking milk together. It gets pretty chaotic when they start chasing and running around the pasture.

Nellie has really helped Teeter come out of her shell and shown her how to be more like a horse. The two of them now have an unbreakable friendship. 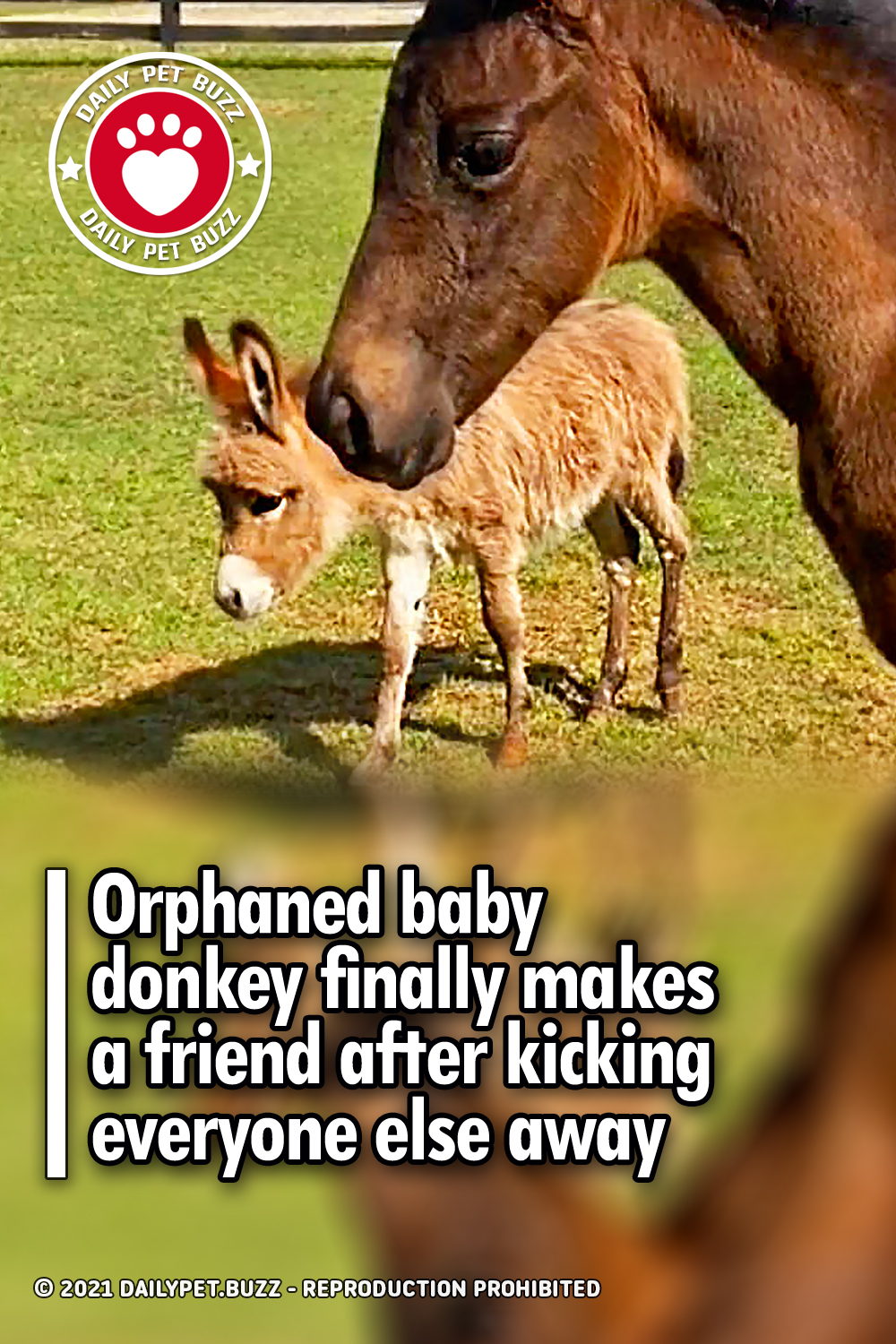