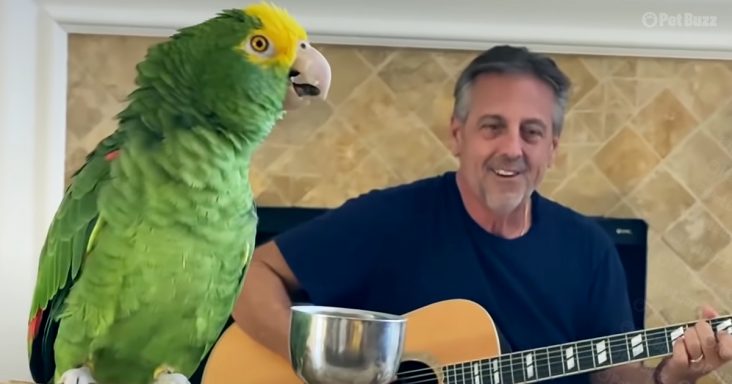 Tico is a beautiful green parrot who loves to sing while his friend Frank plays guitar. Together the two of them form a fantastic band that no one expected.

As Tico sings, his eyes will brighten up, and he will ruffle his feathers. These are clear signs of stimulation and joy. Frank can’t help but smile whenever he plays together with Tico.

To let Frank know it’s time to perform, Tico will start vocalizing. Sometimes Frank will use an acoustic guitar, and other times it’s an electric guitar. Doesn’t matter to Tico, and he will sing along with either one.

Frank believes that Tico channels Freddie Mercury’s spirit whenever he sings. Tico is a very flamboyant and fantastic performer. It is a spectacle to watch them create music together.

They like to do five to seven songs for each session. After their jamming session, they hang out around the house. Their relationship was actually quite rough at first, and Tico would constantly bite him.

It all started while Frank was practicing guitar one day. He heard what he thought was Tico screaming. But Frank believed there was more to it, and he continued to play and saw that Tico was actually singing.

Ever since then, Frank always played for Tico, and they quickly became best friends. Frank is overjoyed by having a fabulous friend and gift of Tico, his talented singing parrot. 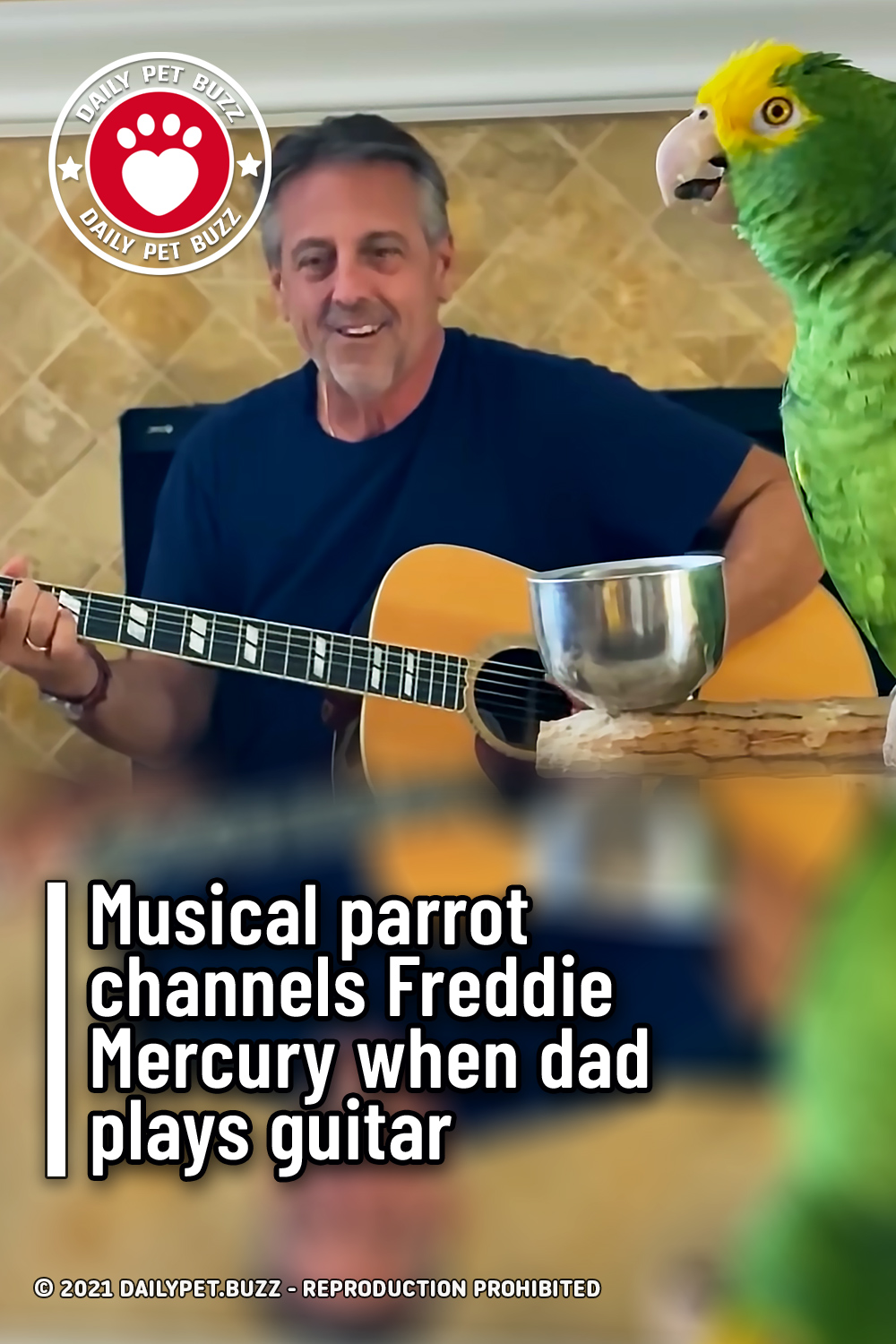