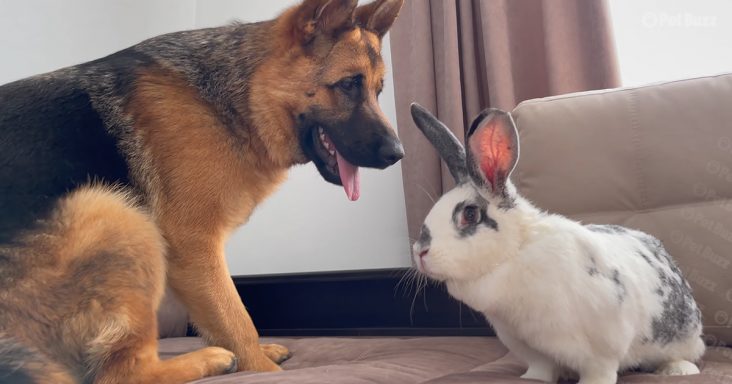 Rocky, the German Shepherd, approached the couch slowly when he saw a curious creature on top of it. He had probably never seen a giant rabbit before, and there was one right on the couch.

The rabbit was surprised by Rocky, who was much larger than he was. Rocky moved in cautiously and began to sniff the giant rabbit who was sitting comfortably.

The two of them were now on the couch together. Rocky wasn’t sure what the rabbit was, maybe some sort of dog he did not recognize. He watched the rabbit with pure fascination.

Rocky continued to sniff the rabbit, a strange scent to his sharp sense of smell. The rabbit didn’t know that Rocky just wanted to play, so he remained very still.

On the other hand, Rocky was doing his best to make the rabbit feel comfortable and at home. He was licking him, snuggling, and staying very close to his face.

When the rabbit didn’t show any reaction, Rocky would yawn and stretch across the couch. Sometimes he would nibble the rabbit gently. Every now and then, the rabbit’s ears perked up.

The giant rabbit and Rocky may not have ended up playing together, but they learned a lot more about each other. Rocky certainly knows that giant rabbits are very peaceful and still. 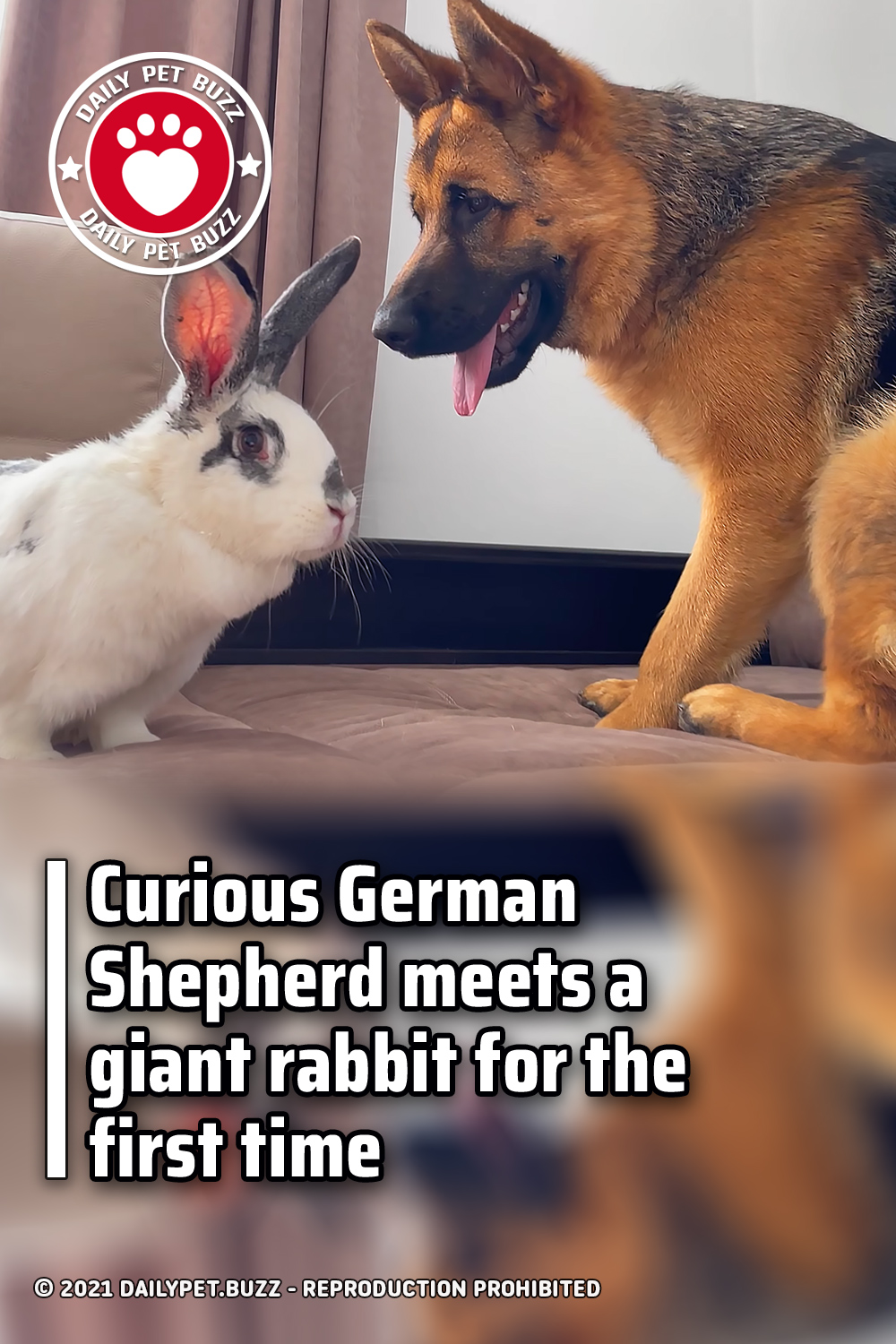