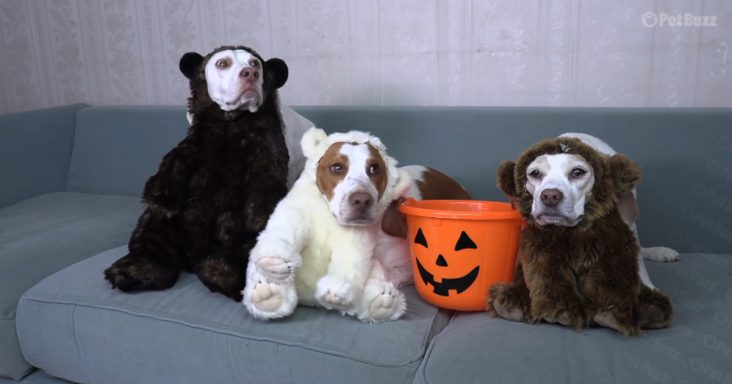 Maymo, Penny, and Potpie, three adorable dogs, were arranged on a couch and given several Halloween costumes to wear. They had funny looks on their faces as they wore them.

As the various colorful outfits are put on them, they are given treats for their troubles. Many of the costumes were tailored just for them. They showed a lot of patience and stillness during the entire process.

There was always a theme to the three costumes they wore. They were three sprinkled donuts, two brown and one pink in the middle. Then they were the sky, and the sun was in the middle with two clouds beside her.

After that, there were two tiny penguins with a giant penguin in between them. A Halloween arrangement was put on the couch, then two of them were pumpkins, and the middle one was corn.

There were a lot of food-themed costumes. The dogs were also dressed as three pieces of bacon, three mushrooms, and three cooked chickens. The treats were given to them every now and then.

At one point, one of them dressed as a Wookie and droid from Star Wars. With the third dog playing the part of Yoda. The other costumes were bears, gorillas, and pandas.

It was an adorable scene throughout. They may not have enjoyed the costumes themselves, but they did love getting the treats for all their hard work. 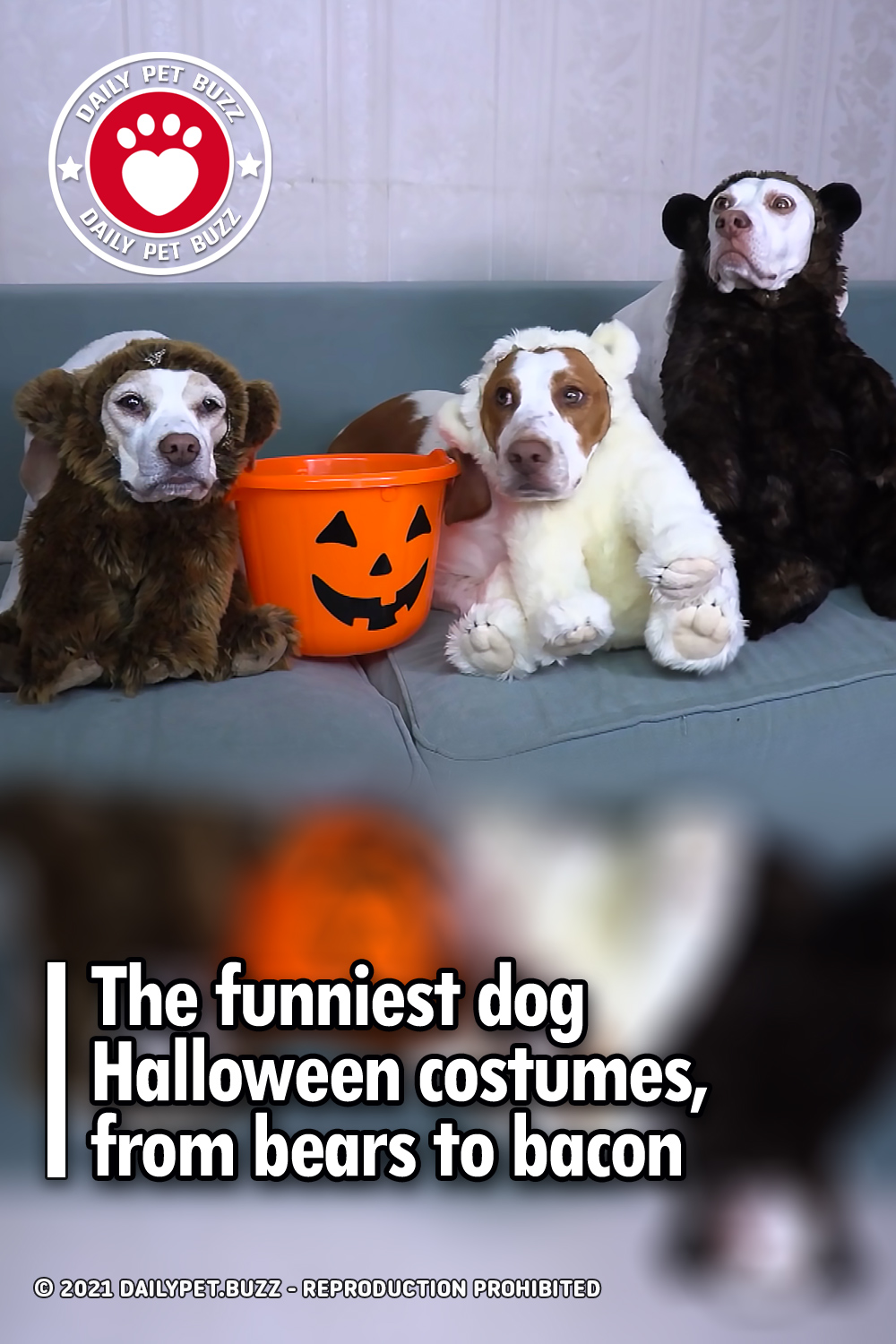