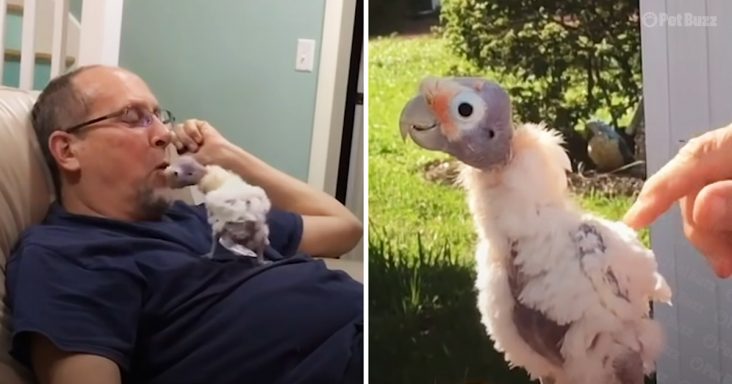 Eve Butler had to beg her husband to allow a rescued balding cockatoo into their home, and it wasn’t long before the bird and Eve’s husband became inseparable. The adorable bird’s name is Fefe.

On the couch, Fefe would sit with Eve’s husband, and he would give her a foot massage. If Fefe isn’t with him, she will go around the house looking for him. He is very patient with her.

When he doesn’t pick her up, Fefe will climb up by grabbing on his clothes. She would walk around the pool until he held a raft for her to stand on while he swam.

Eve found Fefe while she was doing her regular volunteering at a local parrot rescue. Her husband was never a big fan of birds which made it hard to convince him at first.

Fefe’s feathers were plucked because of anxiety, and in her new home, they do anything they can to make her feel comfortable. They don’t keep her in her cage except at night when she sleeps.

At all times, they make sure Fefe can see them, so she doesn’t feel alone. She has the habit of spinning in circles, probably because she used to be kept in a small cage.

Before going to bed at night, Fefe has a nightly routine: a dance party they do together. Fefe has brought a lot to Eve’s husband and her family. She is truly a remarkable bird. 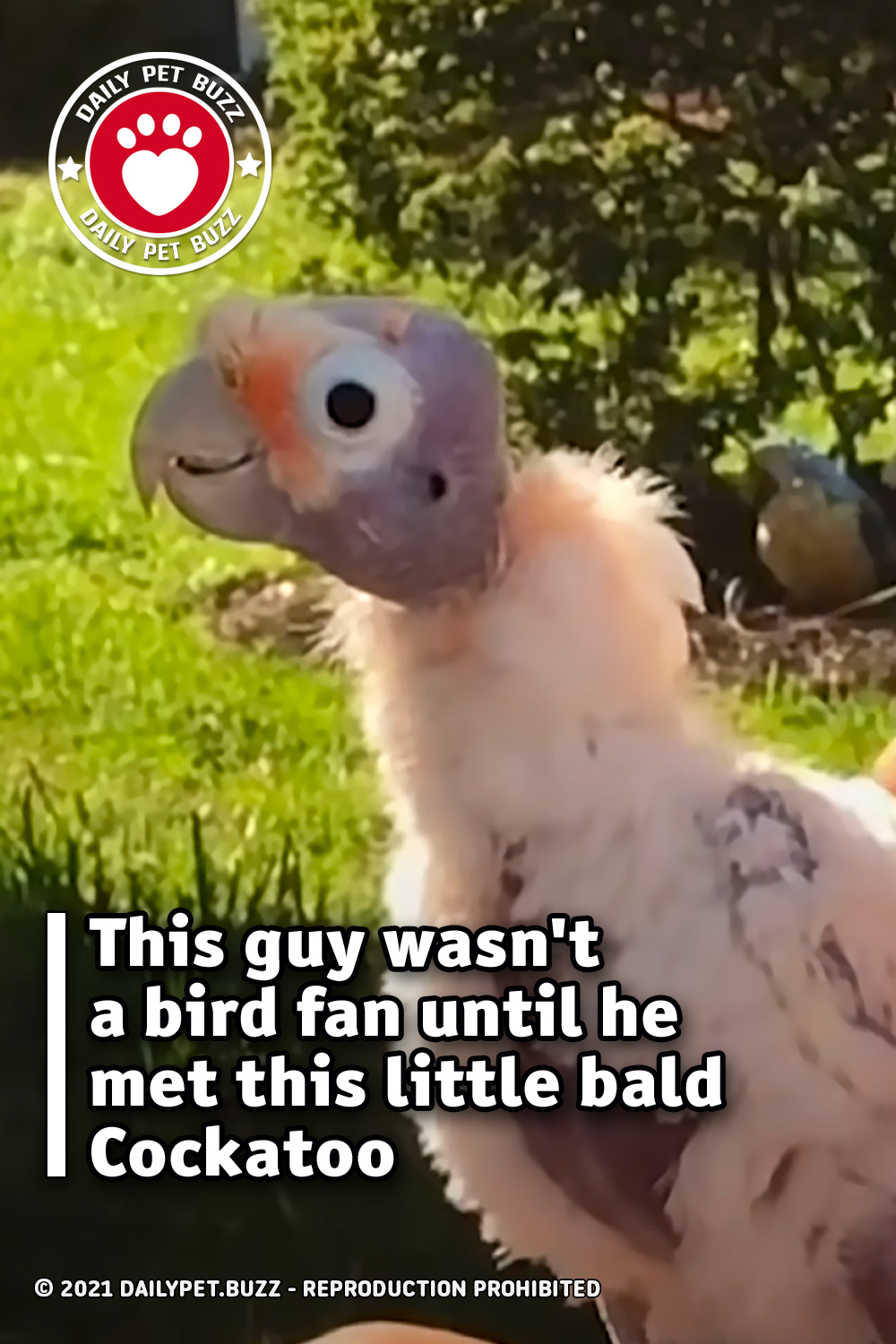