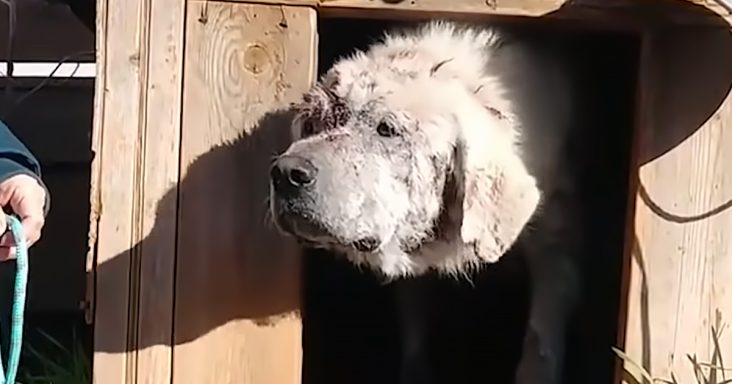 Bo is a big dog whose owner left him behind in a doghouse. Faith is one of the rescuers who showed up to help Bo. She saw that Bo wasn’t in good condition.

He was covered in mange and had actually been attacked by coyotes recently. Bo was never taken to the vet after or even before the incident. They needed to do all they could to make sure he was safe.

Faith earned Bo’s trust by giving him food and sitting down next to him. Bo wanted to be loved, but then he hid inside his doghouse and refused to come out.

They put a leash on him and tried to pull him out. Suddenly Bo ran out and hid under the house. Faith had trouble getting him because he was so big and frightened.

It took around 45 minutes for Bo to finally come out from underneath. They put a blanket over his face, and he started to calm down.

Patricia saw Bo’s picture and knew that she could take care of him because she has had a lot of experience with rescue dogs. He needed a lot of help, and she was prepared to give it.

Bo was doing well six months later, and he realized he had his own home. He was playing around and living his best life. Patricia loves him and is happy she got him. 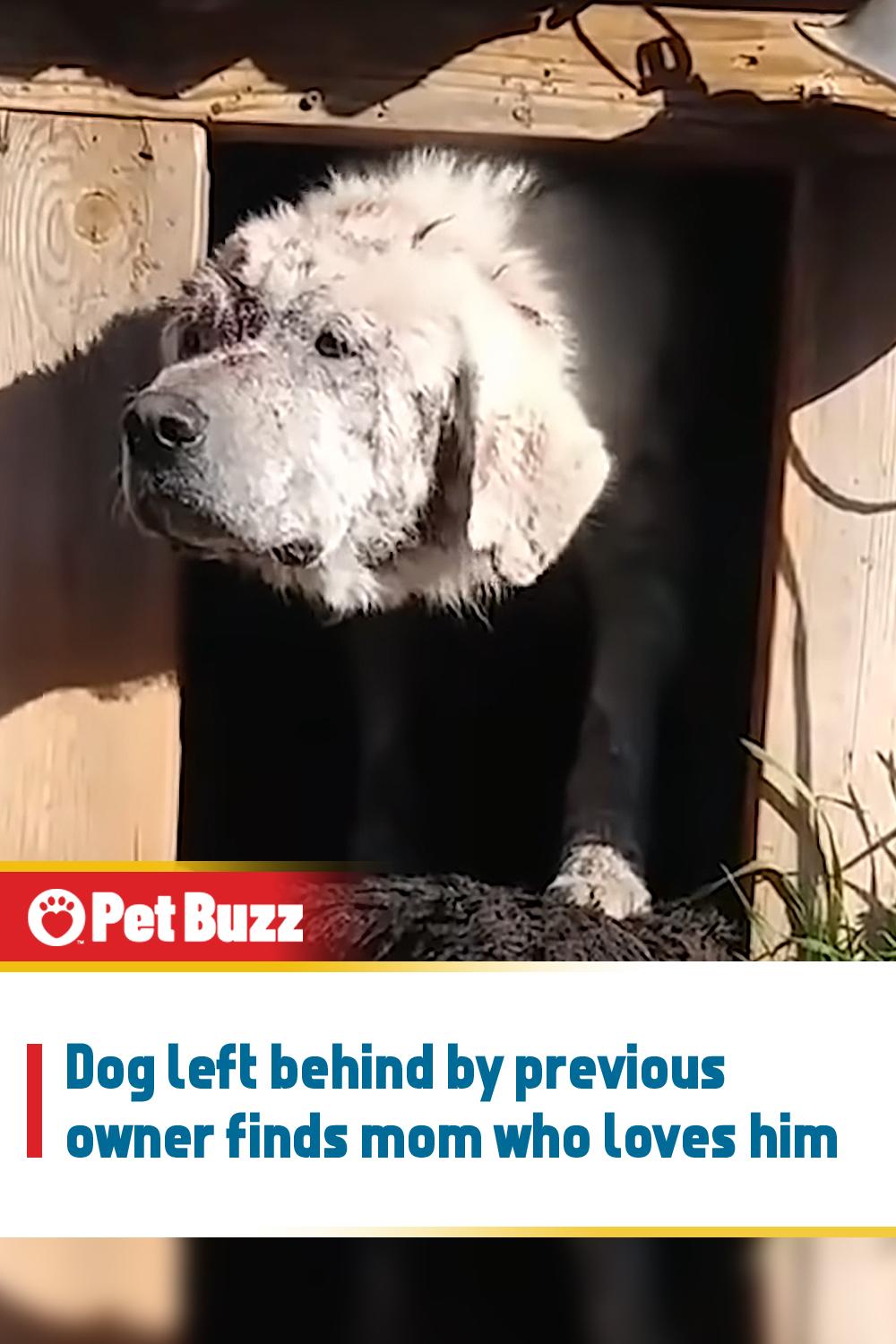