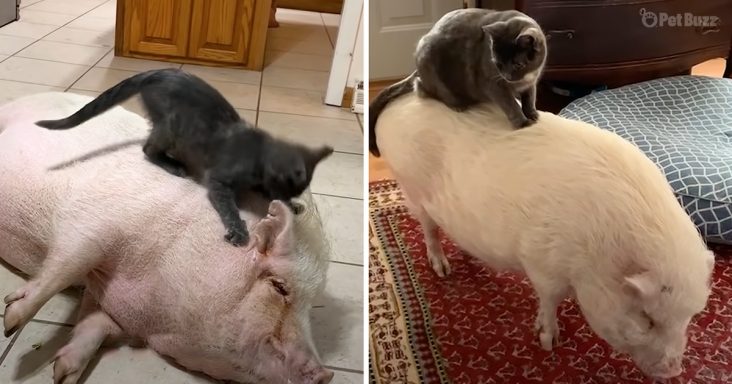 A cat named Tempeh loves to jump and ride on the back of her best friend Beatrice the pig. Alison, who rescued both of them, loves to talk about their relationship.

Tempeh was a terror in her early years. Alison saw her among a litter of kittens at a farm. She said there was something special about Tempeh, and she took her home straight away.

Bea arrived at their home about four years ago after she was found wandering on the street. She required immediate care and attention for her horrible skin and frostbitten ears.

When Bea walked into Alison’s house one day, she learned to love the indoors. At eight years old, Bea was still up to shenanigans with Tempeh, and they were always together.

Tempeh would constantly jump onto Bea’s back and play with her hair. Even if Bea was lying down or sleeping, Tempeh would hop on top of her, and Bea didn’t seem to mind.

They would be roaming around the house with Tempeh riding Bea. It was a marvelous thing to witness. Alison had never seen their kind of relationship, and she was thrilled that they bonded so well.

According to Alison, Bea is like a tolerant mom who loves to watch Tempeh be playful and mischievous. Every now and then, even Bea will be up to her own mischief. 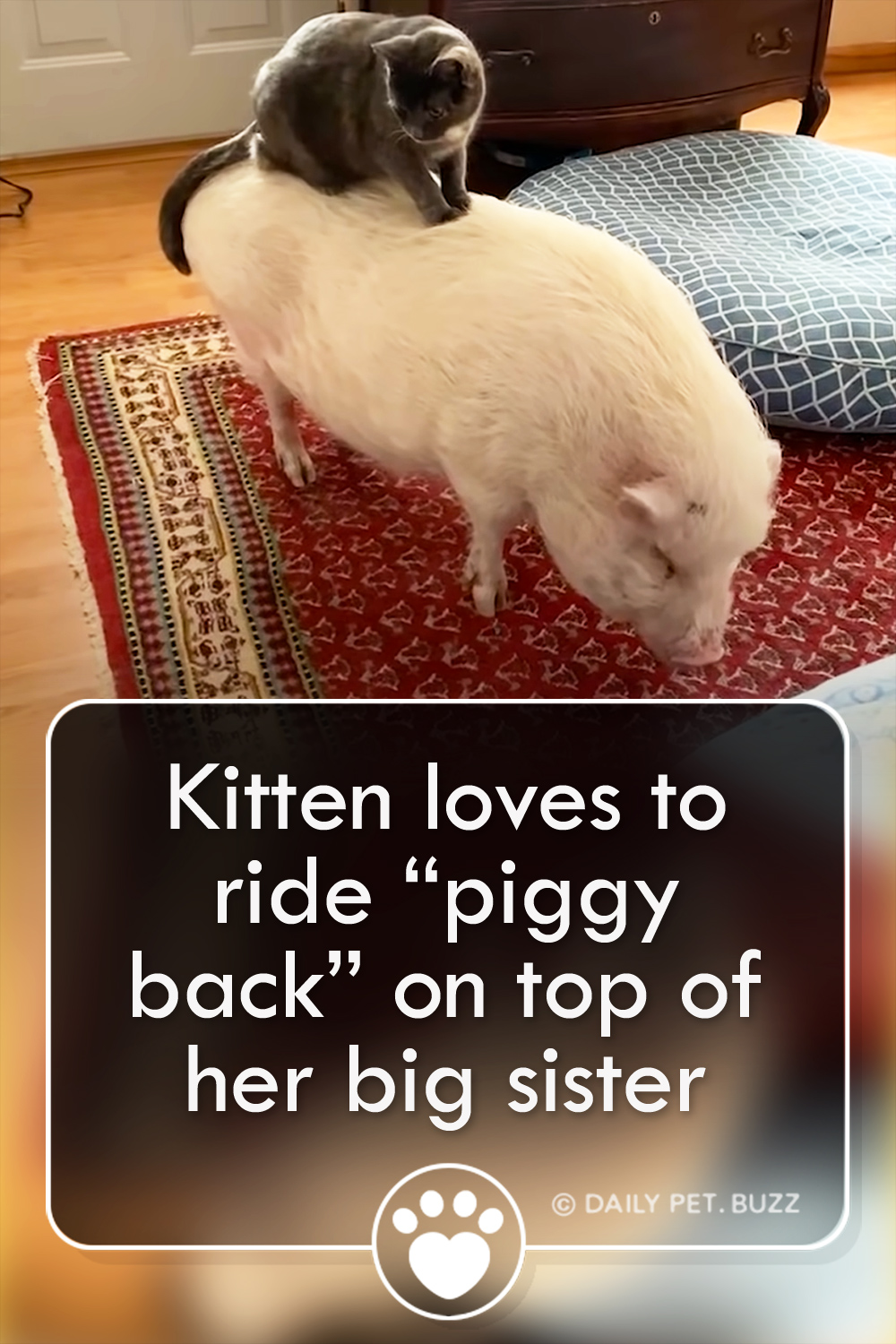