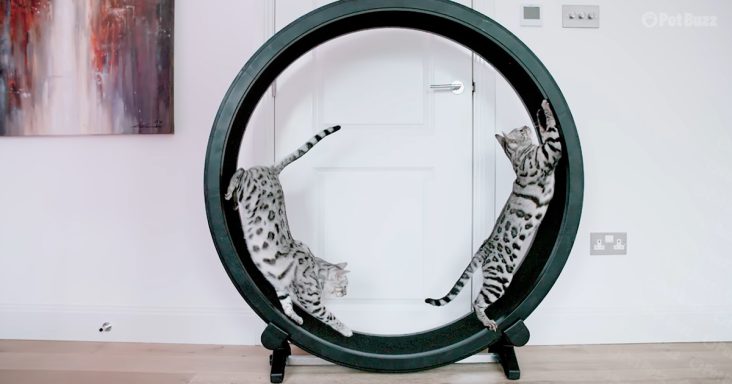 Two Silver Rosetted Bengal Cats named Lyra and Serafina had some fun on a moving wheel. The big black wheel was placed in front of a clear white background.

The two cats had beautiful silver fur with black spots and stripes scattered across it. Lyra was first to play with the wheel, and she studied it for a moment before hopping on.

They probably didn’t completely understand how the wheel worked, but they did appear to enjoy the motion. With determination and grace, Lyra ran on the wheel as fast as she could.

She moved like a jungle cat and dug her claws into the surface. The momentum dragged her back and forth, and it looked like she was trying to climb up.

Off to the side, Serafina watched her sister with curiosity. It was strange to her that Lyra kept running and remained in the same place. As Lyra moves to the back of the wheel, Serafina jumps in front of her.

Now the two of them are on the wheel, and it is a tight space. Serafina tries to climb, and Lyra gets off because she knows there isn’t enough room for the both of them.

Serafina’s eyes are wide and filled with determination as she continues to run on the wheel, and it moves at the same speed she does. 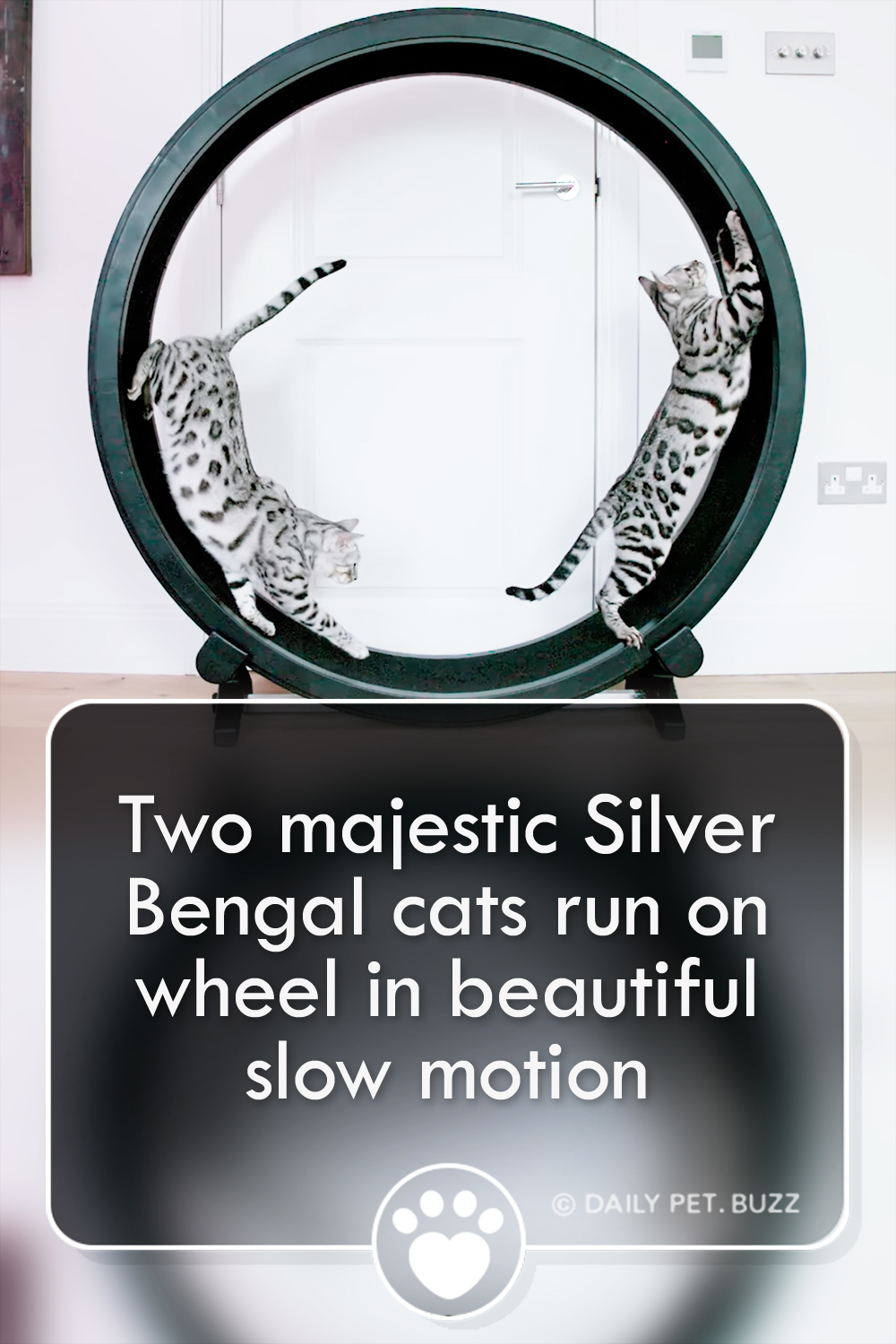