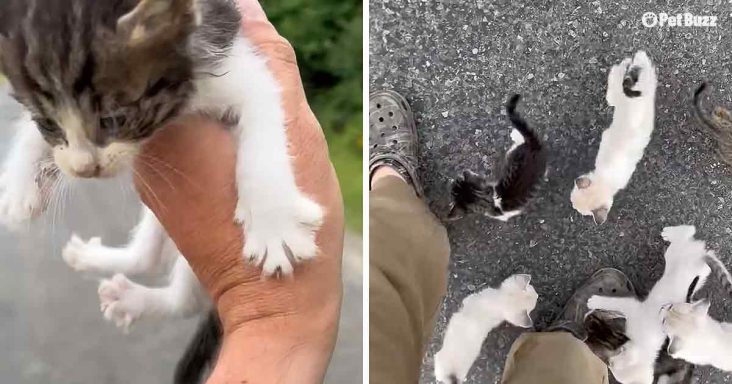 Robert Brantley, a US Army veteran, stopped at the side of the road to save what he thought was a lone kitten, and he ended up going home with 13 strays.

He was driving home on a Texas road and spotted a tiny kitten on the side of the road. The kitten was so little, but Brantley obviously had sharp eyes and a compassionate heart.

Brantley got out of his car and stood near the kitten, and the tiny cat ran towards him. The kitten was brave, and Brantley picked him up with one hand. He was ready to rescue that one stray.

Then suddenly, out of the grass near the road, more kittens peak their heads out. They were hiding, and once they saw their sibling was safe, they decided to come running out.

A few kittens run out from the greenery, and Brantley is shocked, to say the least. More kittens come flooding out and ambush him just when he thinks there aren’t any more of them.

Brantley is now surrounded by the litter of kittens. There is no mother in sight, and he is dumbfounded. He assumed he was only rescuing one kitten and wasn’t sure he could take all of them.

Ultimately, Brantley loaded his vehicle with 13 kittens and brought them home. He took care of them and began helping them find their new homes. 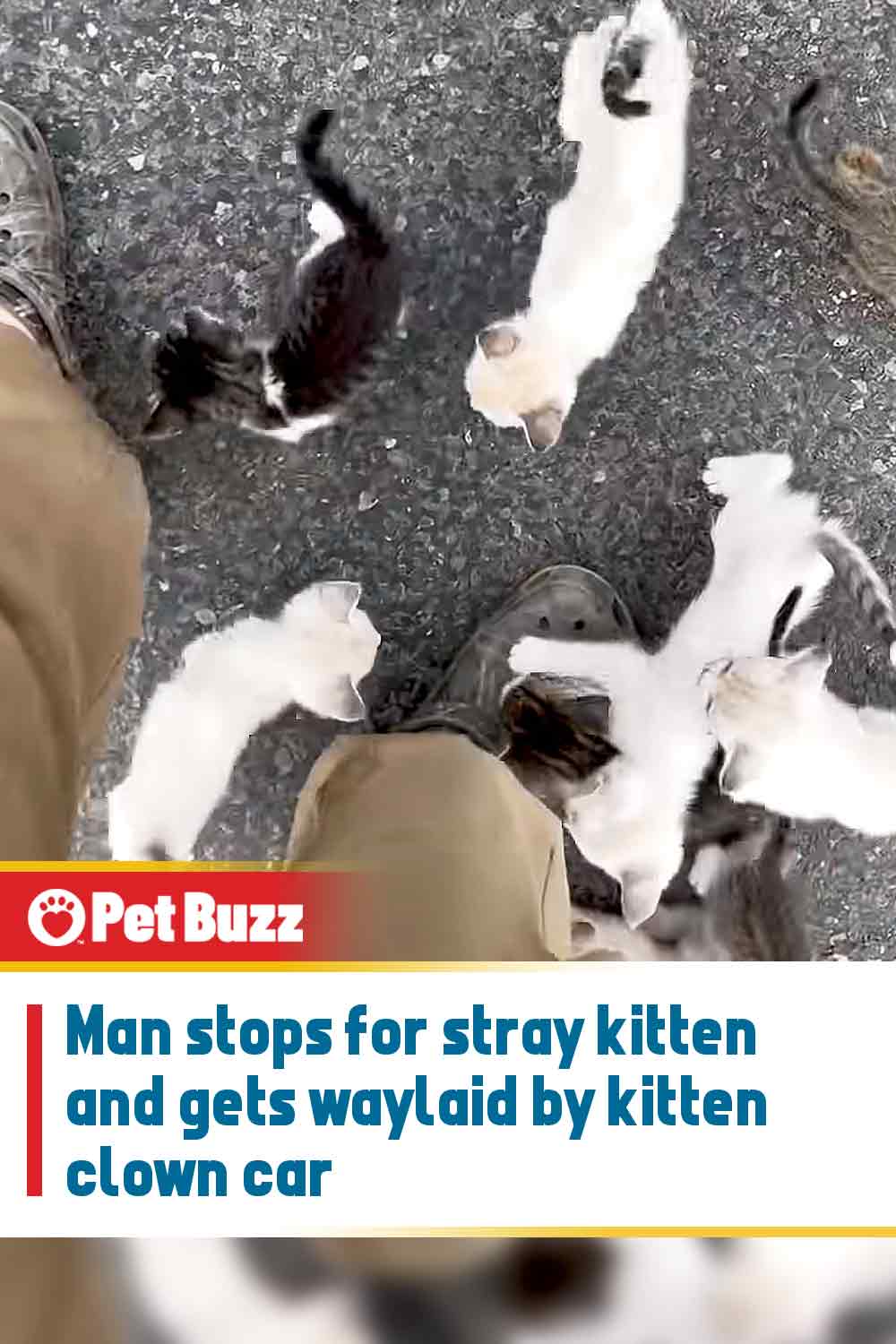