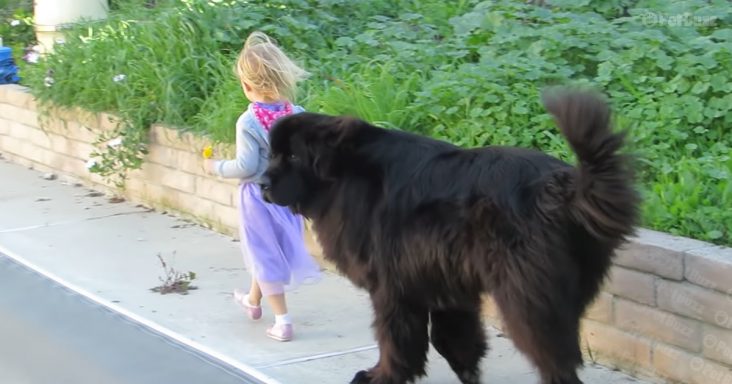 Newfoundland dogs are a large breed of dogs known to be very protective and vigilant over their family members. This is why they are often referred to as “Nanny dogs.”

This makes them the perfect watchdog for the younger members of any family, from young children to tiny babies. They will always be close to making sure nothing happens.

Sierra, a little girl, was outside picking flowers when her mother wondered why their dog was following her so closely. Well, the dog they have is a Newfoundland dog who goes by the name of Sebastian.

Besides the area where Sierra was picking flowers, there was a pool. It had a safety cover on it, and the mother realized that despite the cover Sebastian still wanted to make sure Sierra was safe.

It was a very sweet sight to see Sierra happily picking flowers as her loyal friend watched over her. He did well not to get in her way, making sure he was a few paces behind.

Sebastian’s goal was to make sure she didn’t fall into the pool, and he didn’t want to knock her over either. The wind was in their hair and fur, and she was a tiny girl.

Nothing bad happened, and if it did Sebastian was there to jump to the rescue. He was nearly twice Sierra’s size, making him the perfect shadow for the precious girl. 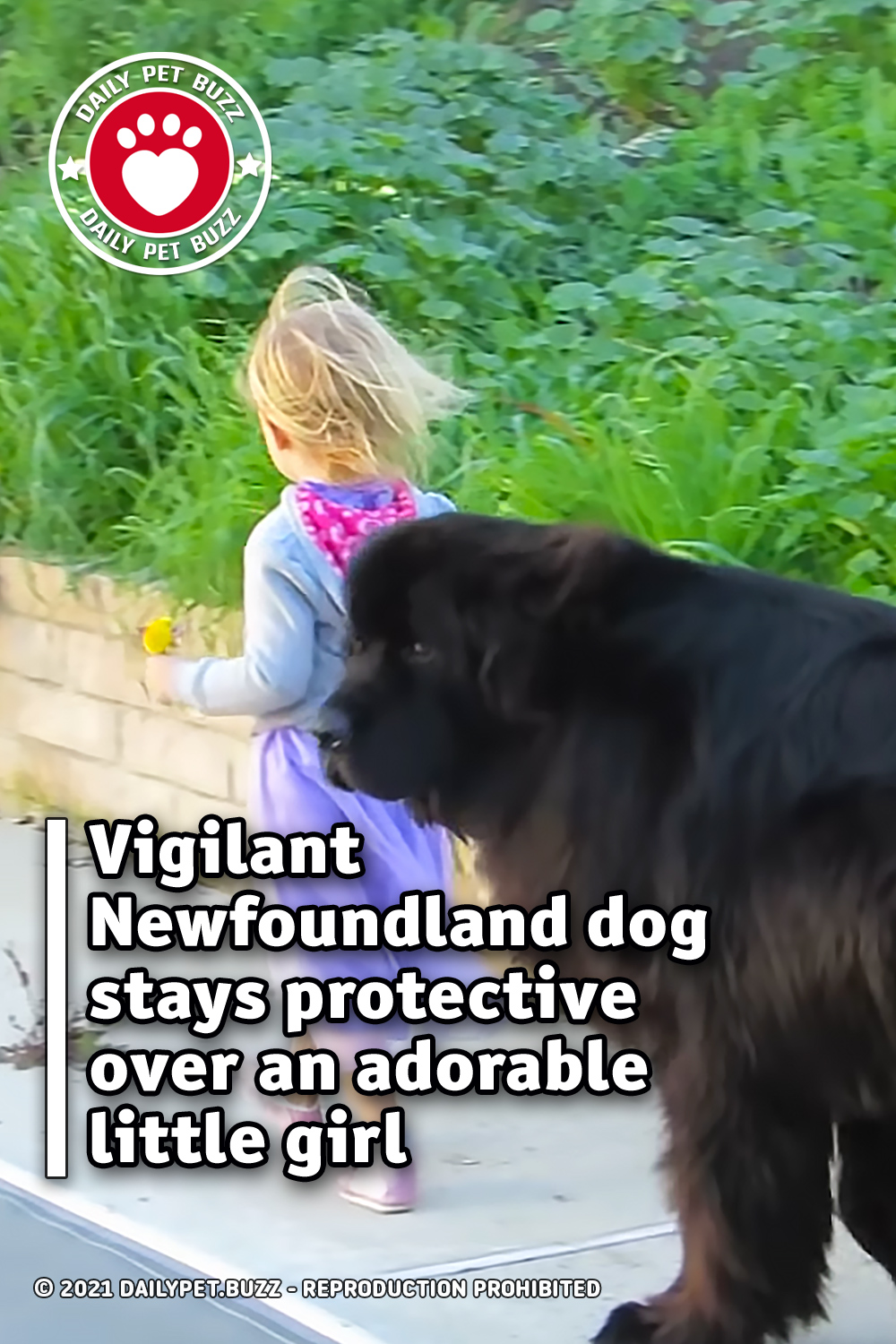