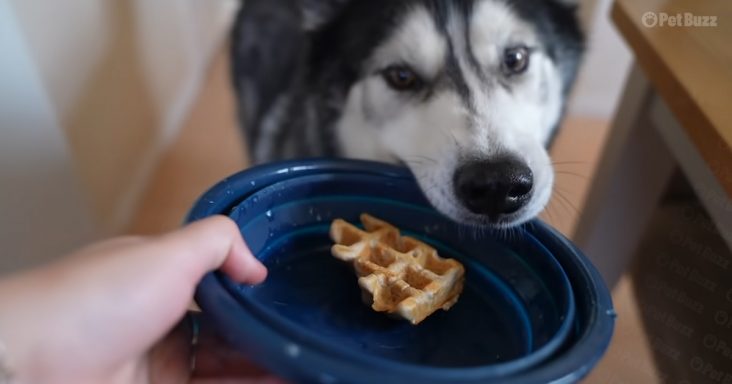 Like a hungry baby throwing tantrums over some yummy treats, this adorable husky knows no better way to ask his human mom for some waffles. We might as well say he has developed a healthy addiction.

When his mom asks whether he wants waffles, the cute husky, going by the name Keys, can barely stay calm. He barks and whines, demanding his treats immediately.

Meanwhile, he continues conversing with his mom as they wait for the waffles to be ready. Incredibly enough, when asked if he’d be willing to trade something for the waffles, he runs and brings one of his toys.

And did we mention that his barking sounds like he’s saying the word waffles? It sounds more like, “Waff, Waff,” so we can say waffle time is no joke for this sweet pooch.

From his actions and the responses he gives in his dialogue with his mother, you can tell that he is indeed a smart pup. And he sure does have a lot to say, judging from their conversation.

He gets even more excited upon hearing that the waffles are peanut butter flavored. The waffles are dog-friendly since they don’t have any grain, sugar, or gluten. It’s no wonder the treats are a favorite for the fluffy husky.

Saying no to this sweet pooch must be hard for the owner, considering how charming he is. We’d probably have a hard time saying no to him, too, seeing how restless and excited he gets over waffles. 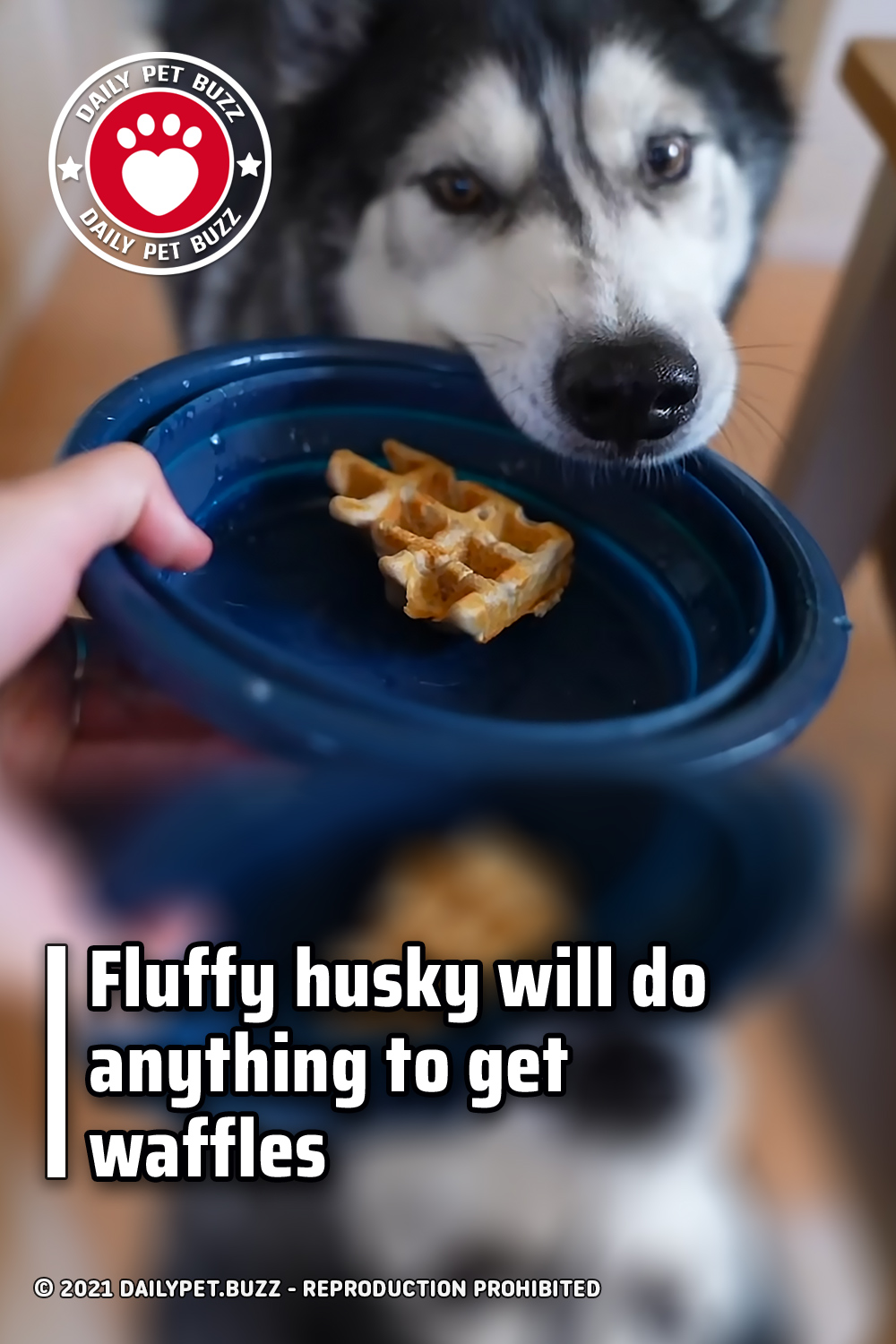